When you see your name in the obituaries

We all have bad days now and then but all it takes is a little perspective to realize things could be worse.

You could be dead. 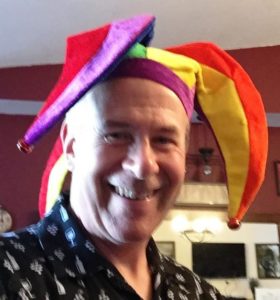 So sometimes when people ask how I’m doing, I’ll answer with a quip like “everyday above ground is a great day” or “still on the green side of the grass.”

I also like to use another favorite — “You know it’s a good day when you don’t see your name in the obituaries.”

But what happens when you do see your name in the obituaries?

Recently I received a social media message from a former newspaper colleague who tagged me with a message, “I saw this and my heart almost stopped.”

He included a screenshot of the obituary page in the La Crosse Tribune.

There were three obits with names and photos — and a fourth that looked just like an obit with my name and my photo. The only difference is that it was tagged “news” rather than “obituaries,” but at a quick glance it looked like I had died.

To correctly quote Mark Twain, “The report of my death was an exaggeration.”

I have written my obituary — it’s one of those writing exercises that many journalism teachers have their students do. But that was in 1983 and that draft would certainly need a write-through 35 years later.

I’ve written and edited thousands of obituaries during my journalism career. Back in the old days we had a specific obituary style when we published them as a courtesy. Sometimes a family would want to say something like “John Smith is now holding the hand of his glorious Savior after a long and courageous battle with cancer.” I was forced to change it to “John Smith died.”

While some initially thought it was ghoulish, the best thing that happened to obituaries was when they became paid announcements. Family members could now tell their loved one’s life the way they wanted to. 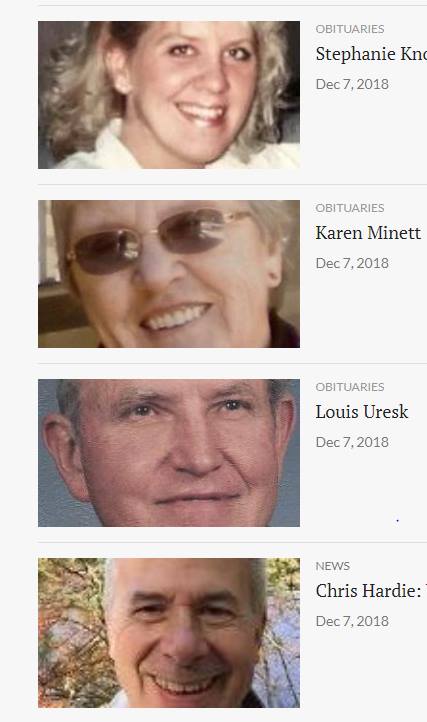 I guess when I die it will be considered news.

Obituaries are still one of the most read sections — either in the printed paper or in their digital form. They are stories of lives well-lived — some not so much — but are powerful tributes of the marks they left in this imperfect world we call life. Some papers have obituaries handled by the advertising staff but for many years they were processed by the editorial department.

With thousands of obituaries published, there are bound to be some errors. It was more frequent in the old days when funeral homes either called or faxed — remember faxes? — the obits and they needed to be retyped.

Once we published a long and beautiful obituary of a Jewish woman that was supposed to end with the sentence, “She will always be remembered as a very kind and gentle woman.” But the keyboard gremlins were in full force that night because an inadvertent “i” somehow found its way between the “t” and the “l” on the word gentle.

Thankfully the family had a sense of humor. We published a correct version the next day.

Another time I opened the paper on a Monday morning and saw the former mayor of Sparta’s photo in the obituary of someone else. Like me the mayor had not met his demise.

I could be superstitious about my premature death, but I prefer to chalk it up as another funny moment. I did see my obituary in the paper and lived to tell about it. None of us knows when our time in this world will end. I plan to make the best of the time I have remaining.

As George Carlin once said, “I’m always relieved when someone is delivering a eulogy and I realize I’m listening to it.”

Brambleberry Winery offers you the…