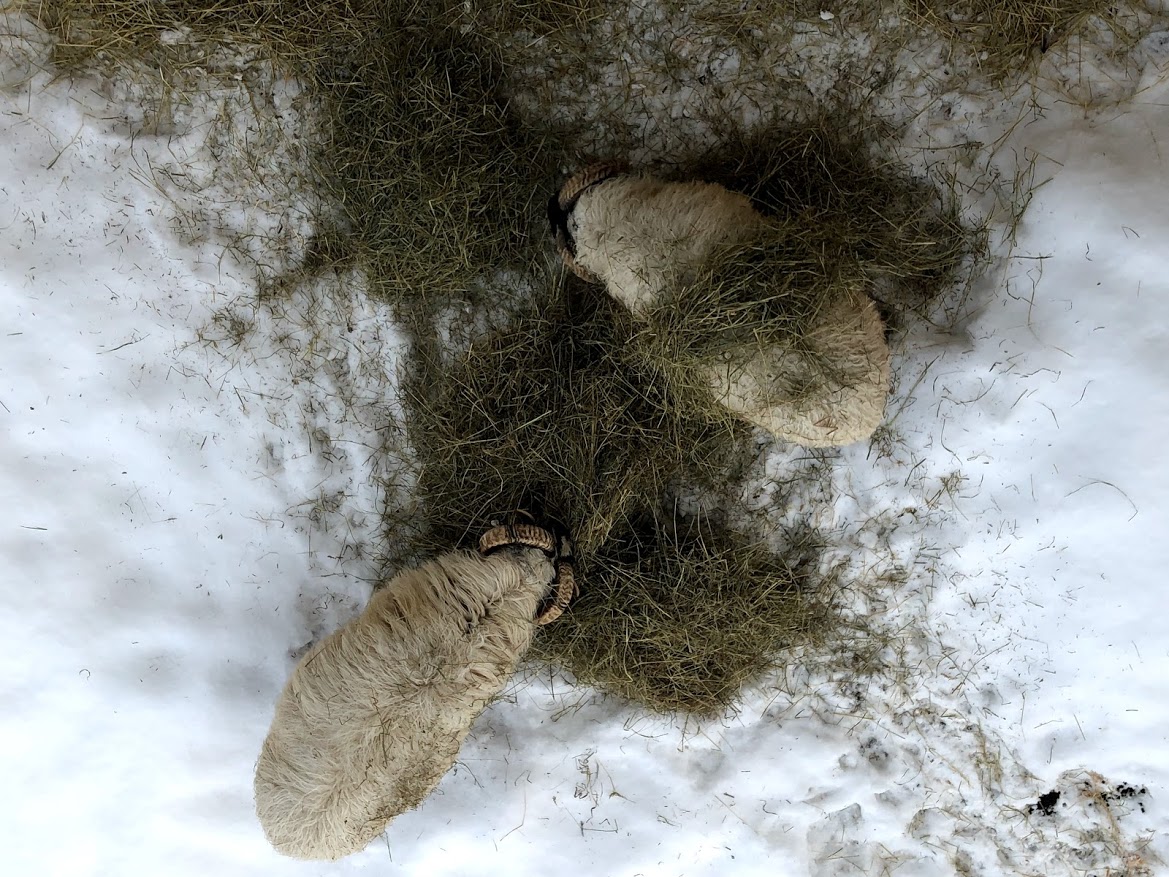 Head-butting is how rams settle their differences

It’s not holy matrimony, but raising farm animals is not an agreement to be entered into lightly. It may be fun to think about “for better,” but it sure seems like there is lot more “for worse.”

When my wife Sherry and I decided to first raise sheep, it was based upon the serene and pastoral experience we had visiting England 20 years ago. We had rented a cottage in the country and awoke to the idyllic and blissful sounds of bleating sheep and lambs from a nearby pasture.

The British influence came through when we opened an inn decorated in the style of an English country manor house, albeit on a much more humble scale. It unfortunately did not come with the entourage of servants necessary to keep up with the cooking, cleaning and gardening.

So it was natural that we would delve deeper into the English and Scottish countryside culture and add some sheep to our estate. Sherry said she wanted sheep to complete the “ambiance” of a country farm. And I say “ambiance” is always the first word that comes to my mind when I’m feeding the flock on a dark, bitterly-cold winter morning.

Why we decided to add some Scottish Highland cattle, goats, miniature donkeys and chickens has less to do with ambiance and more to do with a wee bit of barminess.

Back to the worse. Recently I found our oldest ram Fergus unable to get up. Despite my best medical care, he refused to drink water and couldn’t stand. I hoped for the best, but he did not recover after two days. Instead of having him suffer any longer, I had to euthanize him.

Fergus was sitting this breeding season out in a separate pen with his younger replacement Rowan. Our third ram Angus — who hangs out with the other boys the rest of the year — was selected for the job late last fall.

Sheep are social animals and with the departure of Fergus, Rowan needed a companion. Breeding season is long over and lambing season is just around the corner, so it was time to bring Angus back.

I grabbed Angus by his horns and had to drag him a few hundred yards through the deep snow to get to the pickup. Sherry held him in the back of the truck to save us some dragging and I drove to the other pen where Rowan was.

The reluctant ram was digging in his hooves until he saw his old buddy Rowan. He then dashed through the gate and the two besties greeted each other.

Rams are among the male species with thick craniums that have a unique way of saying hi. They butt heads. This behavior is prevalent prior to the breeding season as a way for the rams to establish a hierarchy of dominance.

This should not be confused with the similar behavior sometimes observed with buttheads of our species who have had a few too many refreshments in the local watering holes.

So when two rams who haven’t seen each other for a while get reacquainted, they flare their nostrils (called the flehmen response), back up a few feet and run full speed at each other with their heads down.

“Should we stick our tongues out and rest for a while?”

“OK. I’ll sniff your butt and you sniff mine.”

“Should we go check out the hay?”

And so it goes for a few minutes until the rams have re-established their dominance or forgot why they started head butting in the first place. They are now best buddies again, with the occasional flare-up here or there.

Speaking of early-morning feeding fun, I received a full taste of delicious ambiance on Sunday morning when another winter storm swept across the region. This blast featured up to a foot or more of snow (a little less than that on our farm) and gale-force winds with gusts of up to 50 mph.

Because our neck of the woods features many coulees and hills, seldom do we fall into the official blizzard category. But Old Man Winter must be taking hormone therapy this year because the combination of snow and driving wind actually put us into blizzard warning conditions.

Animals still have to eat so I bundled up and summoned the courage to trudge through the drifts to feed them. Our animal menagerie was holed up inside their shed a couple hundred feet away. They came out for a bit to look at the hay before deciding that they were really not that hungry.

They should have ordered room service.

I’m sure one of our many servants would have been thrilled to deliver.